There are many inexpensive face primers and makeup bases available at discount and drugstores; while not a necessity, they help camouflage skin flaws. I am not known for spending money myself, but I always fork out for the best eyeliner tattooing in London, because when it comes to makeup, I think it is worth it.

Many makeup wearers enjoy applying a primer (also called makeup base) before they put on foundation. Primers definitely make the skin appear more flawless, and provide a nicely prepped canvas over which the rest of the makeup can glide.

Cosmetic lines like Laura Mercier and Smashbox market expensive primers, but there is really no reason to splurge on these items. Less expensive primers not only do just as good a job as their more costly cousins, but also sometimes even contain more beneficial ingredients.

Is a Face Primer Necessary as a Makeup Base?

If a consumer has skin with very few flaws, primers just end up gilding the lily. Most makeup wearers, however, look better after applying such products, which fill in fine lines, gloss over acne pits or other minor scars, minimize large pores, and generally soften the appearance of discolorations.

There isnt a great deal of truth to any claim stating that primers are always absolutely necessary, because foundation will not adhere well to the skin without one. In fact, dry skin does better with a rich moisturizer as a makeup base; and heavily oil-based makeup can actually cause the primer to smear, blend with the foundation, or pill up in annoying little spheres.

Normal to oily or combination skin types will benefit from the soft matte effect a primer can provide. Matte liquid or powder-based foundations with slip over the face without streaking, which will make the rest of the makeup look more professional, too.

What Is a Face Primer?

Primers are composed mostly of silicones: fluid oils such as dimethicone or cyclomethicone. These substances fill in and glaze over facial flaws, sort of like spackle. They also usually contain high levels of polymers, which form a thin film over the skin and temporarily smooth it. Note that primers are not the same as color correctors, which contain colored pigment meant to counteract redness or other discoloration.

Airbrush Primer Foundation is a good, simple primer that is widely available. It makes oily skin look much fresher and provides a nice matte base. Lumenes Beauty Base does the same thing, but a consumer will get much less product than Airbrush offers for about the same price. Both of these products provide the same results as Prescriptives Magic Invisible Line Smoother, but cost much less.

If a consumer wants a primer that contains antioxidants or peptides, the Revlon Age Defying line offers three such products: one for all skin types, one for normal/combination skin, and one for dry skin. The dry skin formulation even works under moisturizing foundations, which is unusual for a primer.

LOrÃ©als Studio Secrets Professional Secret No. 1 Magic Perfecting Base is a good skin priming product. It looks light pink in the container, but dries down to a smooth matte finish that seems translucent on light skin but may be too whitish for darker skin tones. The face feels smooth and soft and looks somewhat more flawless after application of this product. It works well under makeup; and is useful for those dont feel like wearing foundation days, too.

For some reason, Studio Secrets directions recommend applying the product using circular motions; but this method does not seem to change the results obtained. Regular downwards or upwards strokes work just as well.

At around twelve dollars a jar, Magic Perfecting Base is fairly economical; since only a small amount need be used each time it is applied. The one drawback is that same jar packaging, which can promote contamination; so wash hands prior to each use.

Even though primers are not strictly necessary, they can make a welcome and beautifying complement to a consumers makeup routine. 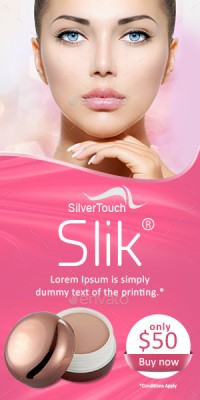